TikTok will not only bring trends to your home, but also food

Here is an unexpected turn of events! TikTok is launching a new chain of delivery-only restaurants across the United States. The platform will turn viral cooking videos into specialized menu items from the app.

TikTok announced a collaboration with Virtual Dining Concepts to open delivery-only TikTok Kitchen locations around the country beginning in March. Food and recipe videos are an essential element of the site’s content, with some garnering millions of hits. The business officially unveiled that more than 1 billion individuals globally use the network every month.

How is TikTok doing this?

Virtual Dining Concepts has successfully funded both celebrity and non-celebrity eateries. As a result, TikTok should strive to join this pattern. And then, TikTok will bring the food orders to your doorstep.

As per co-founder Robert Earl, around 300 TikTok restaurants will open throughout the country for their debut. TikTok’s foodservice concept is virtually similar to Youtube’s star Mr Beast to create his network of delivery-only ‘Mr Beast Burger‘ restaurants. It has subsequently supplied over a million burgers and moved into other markets. Robert Earl predicts success on line with MrBeast. 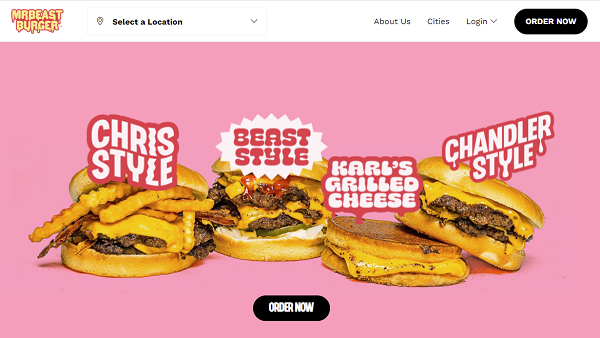 Earl’s major businesses, like Buca di Beppo and Bertucci’s, are among the places where TikTok Kitchen will run.

The app’s most popular food trends, such as baked feta pasta, Google’s most-searched meal of 2021, inspired the restaurant menu. Earl promises that the costs will be “similar to other Virtual Dining Concept businesses.” A Mr Beast burger costs $6.99 to start.

TikTok’s restaurant service collaboration with Virtual Dining Concepts and Grubhub will update the menu quarterly.Â Earl believes that if a dish becomes popular, the menu will have it. It has to be seen if items like baked feta pasta would become regular offers.

According to TikTok, the restaurant’s earnings will be contributed to the creators of the menu dishes and that the site will nurture potential cooking artists.

Why is TikTok entering the food business?

This isn’t going to be a forever thing. The TikTok Kitchen concept will serve as a promotional tool for the platform. It will build more hype and leverage rising food delivery trends. The idea also meshes with TikTok’s bigger eCommerce objectives, which aim to increase the number of users who order and pay for goods within the app.

When you’ve developed commercial habits, you’ll feel more at ease with them, which might be another way TikTok creates a buzz in in-stream buying for other consumer items.

Will Instagram join the trend of virtual dining and food orders? If that’s theÂ case, it’s unclear that IG will jump on board, but Instagram may do thisÂ if TikTok’s strategy raises app exposure.